Reading List: Alt-Right: From 4chan to the White House by Mike Wendling

As the world gets into bigger and bigger trouble I find myself searching for, reading and recommending books I feel can help us all understand what are the issues exactly, why are the things the way they are, how did they get there and what can be done to undo some of the damage.

I feel that there’s no denying that the world is in a bad shape because of politicians that ignore what science and reason have to say about the issues in the world. By ignoring issues like climate change politicians are complicit in the disappearance of many animal species, longer drought seasons, increase in the number of hurricanes and ironically in that which most of them have built their platforms fighting – increase in global migration trends as people will hope to escape the drought and hurricane-stricken areas.

NOTE: the list of effects of climate change and other things politicians are complicit in, as well as evidence for climate change, are all too complex subjects to explain in this one blog post. This site is continually being updated and we’ll get to all of that. This post presumes that you recognize that the challenges of climate change, the rise of the AI etc. are all real and are wondering, same as me – how did we get here?

How did we end up with politicians willing to ignore the biggest issues of our time? How did we end up with politicians that do not care not only about science but about healthcare or even at times – basic human decency? Well, of course, we elected them. But why did we elect them? Is the so-called alt-right really the reason populists are in power? And what is alt-right anyway?

The answers to these questions are very complex. We can point the finger at the “fake news” – a topic if another book I recommended earlier. But the fake news is more of a “means to an end”, a way of getting what you want. The groups using them are the ones who wish to elect the candidates that share their “values”. So, who are these people, how do they support their candidates and throw mud on others? What is going on in their minds?

One of these groups is the so-called “alt-right”. Alt-right might be known to you as a group hanging out on 4chan, 8chan and various other corners of the internet, producing trolling memes and posting them on major social networks en masse. But this “movement” is much more than a few 20-somethings hanging out in their parents’ basements and not seeing daylight all day. Considering that they bragged they elected Trump by posting an insane number of memes and considering that these days you almost cannot come to any bigger Facebook page that supports feminism or atheism, without encountering alt-right trolls there, we should all take some time and learn about this group.

That is where this book comes in. It looks at the alt-right and explains what it stands for, how it came to be, offers profile analysis of its members and looks at their arguments.

The book is written for a general audience and you do not have to be a tech journalist or be in IT crowd to understand what the author, Mike Wendling, a journalist who works for BBC, is talking about. The book explains all the internet lingo and culture so even non-tech readers will understand. There is even a section on the alt-right language where he explains in detail the origins and meanings of popular alt-right phrases, like “kek”, “cry bully”, “cuck”, “triggered” etc. which I found very helpful and insightful.

It starts at the very beginning of the “movement”, by explaining the seeds of it, the so-called paleo-conservativism, another “movement” with a strict adherence to tradition when it comes to issues of gender and marriage. He then explains the state of conservative politics and the extreme right after George Bush and the election of Barack Obama and how it inspired and energized paleo-conservatives to offer an alternative to traditional conservativism.

Wendling then moves to pinpoint major groups which all have enabled the alt-right to grow, like anti-feminists, race-realists, internet trolls or regular old neo-Nazis, their influence on the movement and what do they gain from it. I especially enjoyed the part about the “Gamergate” as I feel it explained it very well. The book is not confined to discussing groups of people but also discusses intellectual and prominent figures of the alt-right, teaches us about their history, which media they have founded and how did it work out for them. 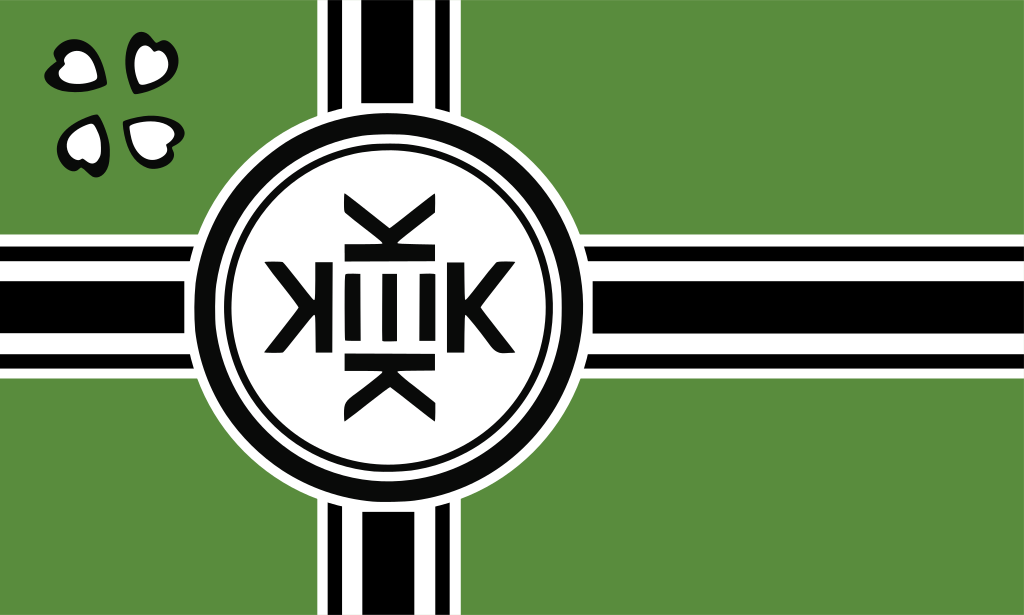 The flag of Kekistan, one of the memes utilized by the alt-right. Wikipedia.

The author doesn’t stop at analyzing the various online groups or events only. He looks at the real world as well and documents instances when the alt-right left the comfort of sitting before computer screens and got out into the real world and got violent. But the best part of this book is the author’s personal experiences. As a journalist, he not only spent a huge amount of time at online gatherings of the alt-right but went out and met with some of them in real life and heard their thoughts live. That is truly an amazing part of this book and I enjoyed these parts the most because through brilliant writing he was able to describe to us how it felt meeting them in the real world.

If I had to pinpoint a weak spot of this book, I would say that it doesn’t go deep enough. For example, when discussing speech author could have gone more deeply into studies whether speech has a big influence on actions. Or when discussing racialism, he could have written a bit what it would mean if it were true. But that all is a minor weak spot because as already mentioned the book is written to be accessible to the general public and going too deep into philosophy or science would make it a bit drier reading. However, if you are interested in deeper arguments that aim to disprove the basic ideas of the right, you will not find them here. That is no objection as that would mean the book would be going off-topic, but I just wanted to warn you that this book is not so much about the arguments themselves but about trying to understand the alt-right – what are they, what groups and philosophies does the movement entail, what makes them tick, where do they hang out and what are their strategies.

Truly, the book is simple, fun at times, exciting and full of useful information for anyone looking to know more about the notorious “alt-right” – and these days that should be everyone who cares about liberal values. Highly recommended.

Find the book for as low as $4 on Kindle.

Login or create your account in a matter of seconds.

Other Sites by the Same Author